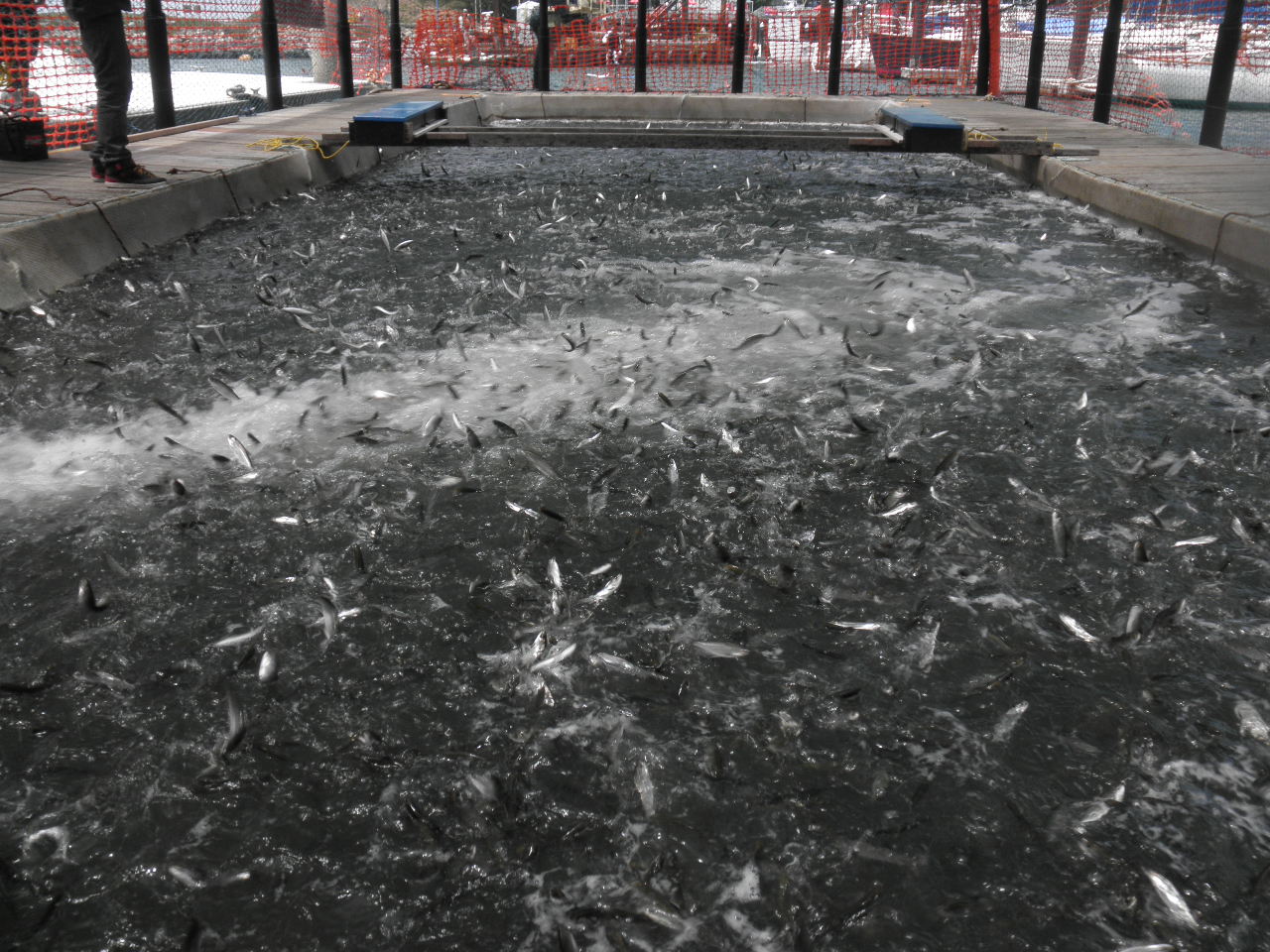 Hatchery Report for the Swanton Road facility: As of 12/18 I just got the letter from Ben Harris as to the status since the fire damaged most of the outdoor tanks and infrastructure. Currently they are working with county OES/environmental health department to arrange clean up of the site under Phase 2 (public option) to save money on labor, public contractors will take care of hauling away the tanks and debris. Two bridges need to be built over the creek and permits needed to be approved still. Work is expected to begin before Jan 1.

Volunteers are always treasured and deeply appreciated and January is a busy month where the Warm Springs facility expect the spawning will be in full swing the second and third week of January. Permits are in place to capture fish at the Felton dam fish trap. They are going to have Gordon explain how the trap works as you work 8 hour shifts during the prime time when fish are moving upstream, day and all night. This is hard work and not for everyone, die hard fishermen usually love this stuff.  You will need to sign a waiver and get training and have a fishing license to register.

Fish and Wildlife say they plan to release Chinook salmon smolts again in Santa Cruz and Monterey in 2021-22 releasing 120,000 at each site. Last spring was the first time fish had been dropped off the wharf and bypassing the small craft harbor for the first time. I would try fishing off the wharf for salmon in a couple more years as they return to the source of their entry to the sea. The sea lions will be on the scene but we caught some big salmon mooching off the wharf, sea lions get their share. Ben Harris director says he is asking for more releases but the fires and funding has affected operations at the Mokelumne Hatchery. Low flows and numbers of native fish has greatly reduced production of smolts this year.  Fish are released from Fort Baker to other locations south to Monterey.  This project has been my passion over 10 years when we received fish at the Harbor launch ramp and tended a sea pen to feed and fatten fish to be released after 5 days in the pen. It was a ton of work assembling and storing the sea pen and now they just drop them 40 feet off the wharf and they do fine. (we hope)

Since our club does not have our own conservation projects it is interesting and fun to help out other local groups like MBSTP or Coastal Watershed Council as a representative of SCFF.  The Hatchery staff have asked us for help many times and we always send a few who make the difference in a successful effort like fin clipping parties at the Felton Hatchery to taking water samples at the annual ‘First Flush’ storm sewer analysis where it meets rivers or shoreline.

Contact: www.mbstp.org for information or call or write me.

PS. Thanks to all who attended the casting clinic at Jade St Park in Dec. I think at least 25 came throughout the afternoon, this will happen again in 2021 or  when the current stay at home for 100 days is over.  I am asking for help in posting conservation articles for 2021, Thanks to Bob Garbarino for his help this month.