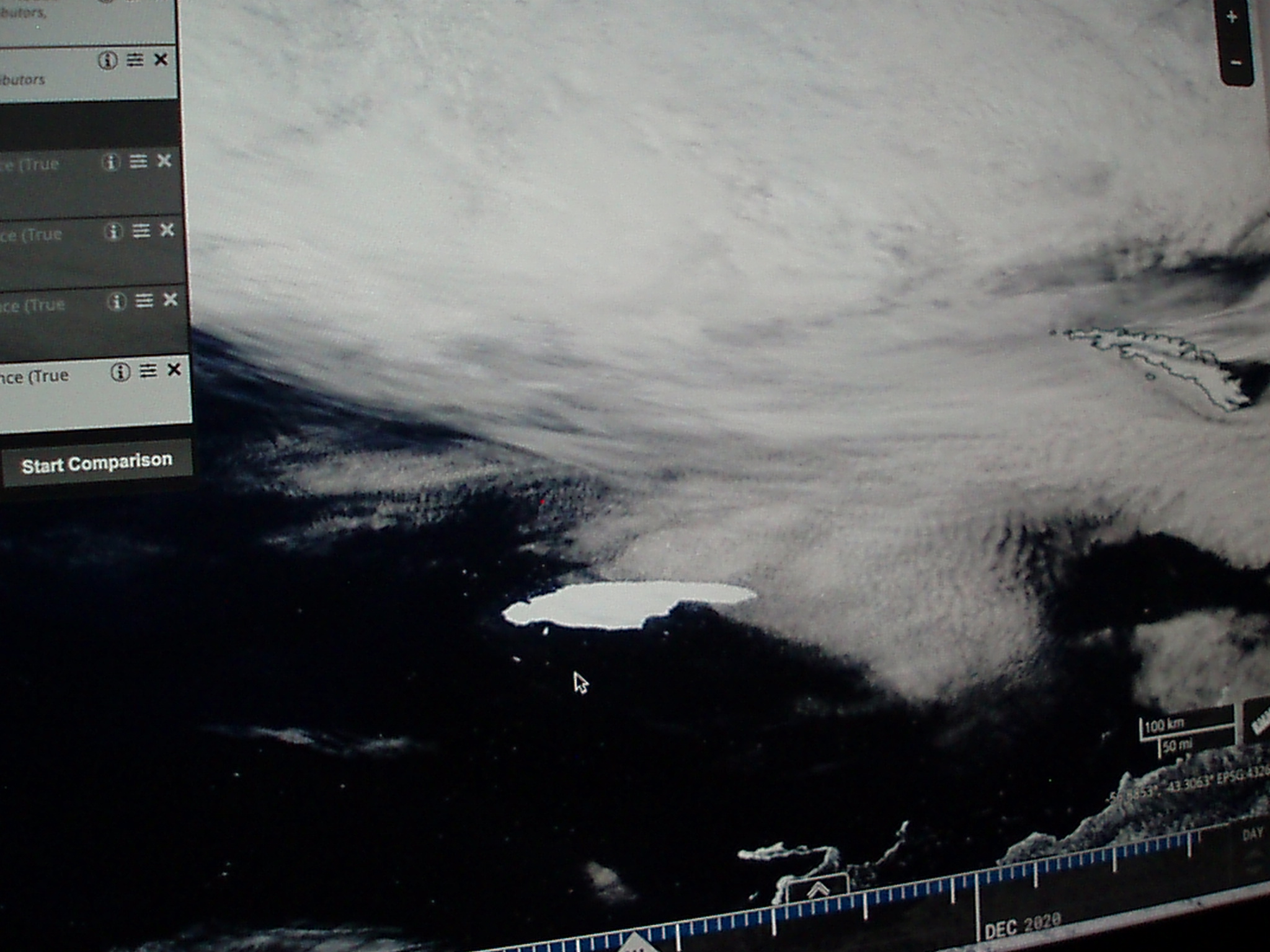 I’m running late again in submitting a worthy article this month although what has my interest the last 2 months is this massive iceberg that has broken off Antarctica that is a little over 100 miles long and about 35 miles wide.  Large icebergs are named by the US National Ice Center who gave it the identification  A-68.

I found it when watching a nightly weather and news program, (Above Ground World News). Mike Morales does a weather report that the networks would never allow, using NASA technology and satellite imagery EOSDIS, RAMMB, Mike was commenting on this iceberg one night and I have been following it since. The iceberg was drifting NE and directly at the S. Georgia and S. Sandwich Islands in the southern ocean about SE from Tierra Del Fuego at the tip of S. America. A-68 was on a collision course with the main island, on the satellite the iceberg was almost exactly the same size as the main island.

Cloud cover hid the activity for days but I took digital photos of the screen and posted on FB for some friends who were interested like me. A-68 got within 35 miles of the land mass and the currents or actions by man turned it south and a 35 mile chunk sheared off in almost a perfectly straight line A-68A was born. The smaller part stayed in the area of the Sandwich Islands while the 70 mile long ‘mother berg’ drifted south and within days, a long narrower part broke free A-68B which is now well over 100 miles north of the S. Georgia/S. Sandwich Islands and heading for warmer water north.

Note the ‘frequency clouds’ north of the Sandwich Islands that may have something to do with the breaking up of this massive berg. I was surprised something like this event was never mentioned in the usual media sources. My thought right away was how many million gallons of fresh water was in this massive chunk of ice melting into the sea.

Wikipedia search ‘Iceberg A-68’ for info on it’s source calving away from the Larsen Ice shelf.