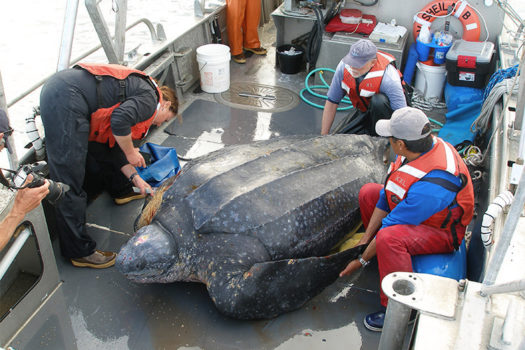 In the California budget for 2021-2022, $1.3 million is allocated to pay each commercial fishermen $110,000 in exchange for turning in their gill net.   Gill nets are huge nets (up to one mile) suspended in the water column that ensnare any fish or mammal that gets entangled in the net.  Sea turtles, whales, sea lions and dolphins are some of the sea creatures that have been trapped in the nets.  California state law mandates that all gill nets be phased out by 2024.  Deep set buoy gear is the new method that is suggested to replace gill net fishing.  As expected, some commercial fishermen are resisting the change, claiming that gill nets are not as harmful as claimed by the NOAA and Oceana.  The fishermen also say that alternate fishing techniques are not commercially viable.