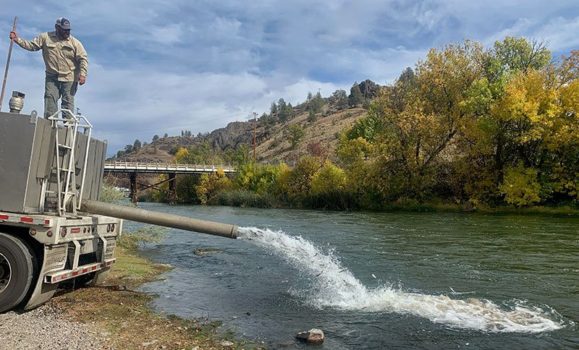 As of last month, the California Department of Fish and Game has released 1.1 million juvenile fall run Chinook salmon into the Klamath River. The goal is to release 2 million fish. These fish were hatched at the Iron Gate Hatchery on the Klamath River and were originally scheduled to be released last spring. However, due to drought conditions and a disease outbreak, the fish were relocated to three other locations over the summer. This is good news for a river that has seen its once-storied Chinook salmon runs decimated for a variety of reasons—including low flows and dams. The other positive news is the planned removal of four dams on the Klamath that will allow fish more access to spawning waters.