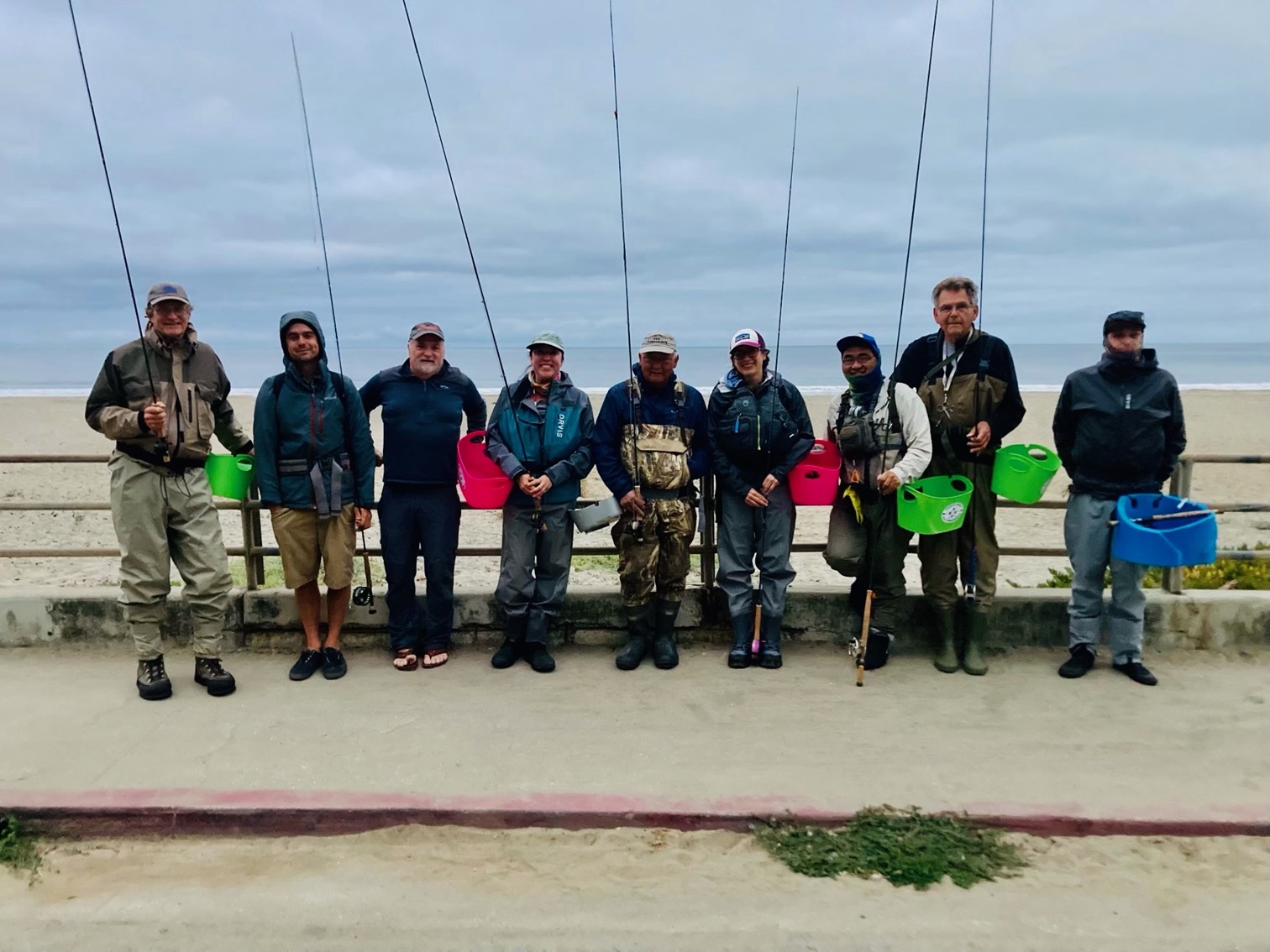 The fish were mostly small, but the dozen fly fishers that came to Rio Del Mar on the Friday before the 4th of July holiday had a good time and most had hookups or fish. Afterwards a few of us had a social time at the Pixie Deli, known for its good breakfast burritos. Three members from the Salinas Club were happy to be with us too, including their President, Elizabeth McCarter (pictured). She and our own Emily Marriott were the damsels amongst us, trying the surf for the first time. Jeff Slaboden is moving to Florida, which is sad for us, because it is likely we won’t see him often for our local fishouts.

Tommy Polito and Scott Kitayama are leading up the August fish-out. Stay tuned for that one!