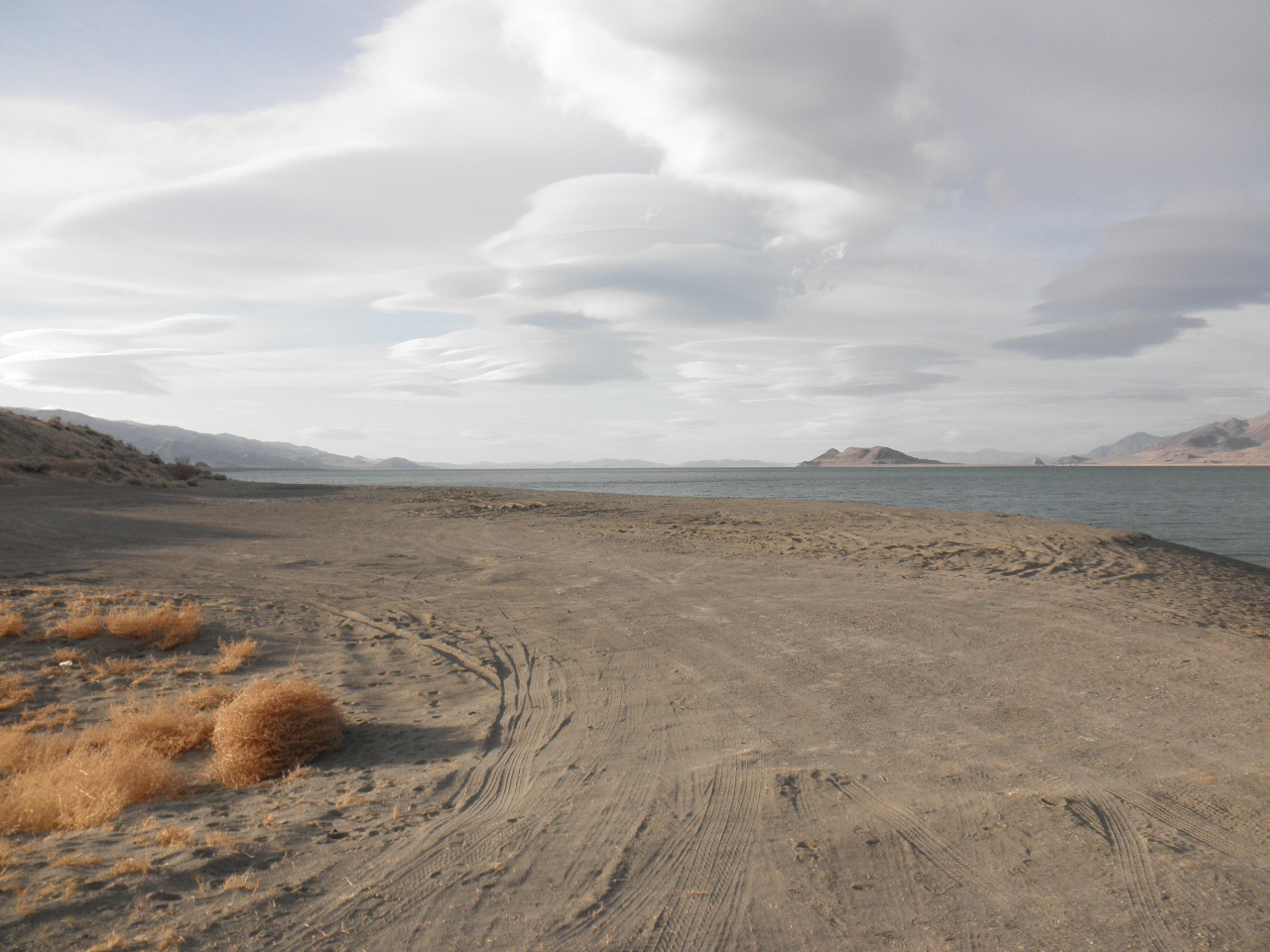 April is just around the corner and many of us are counting the days till the annual FishOut at Pyramid Lake NV. Those of us who experienced last years closure of the lake at the time the club was renting the trailers from Pyramid Lodge as Crosby’s Lodge sold to the Paiute tribe last year.  My latest adventure (2/28-3/3) was very slow in the north half of the lake while the southern beaches were producing only one or two fish days with the rare individual who found the right spot and used the right color and fished hard all day would nail a half dozen fish with one over ten pounds.

By the time we meet in April the water will warm and more insects hatching, the numbers of fish inside casting range will increase as fish turn to eat more bugs than tui chubs. Joe Contaldi posts client catches daily on Facebook, most fish are in the 5-8 lb. range. Joe sets them up with indicators and flies like the albino wino about 6′-9′ under the surface using 2 fly set ups.

In the news from the Pebble Mine/Save Bristol Bay program, the new head of the EPA is Michael Regan. The promoters are very happy with this appointment and along with Congressmen DeFazio and Huffman (sub committee on Water, Oceans, and Wildlife) who sent a letter immediately to him (Regan) to support  his ending any possibility for mining in that region using the authority under section 404 of the Clean Water Act.   Thank you to all members for allowing us to donate yearly to this great cause in the memory of fellow fisherman and guide who perished on the American Creek in AK only a month before his scheduled speaking engagement at the Aptos Grange in 2018.  John Squires was the one who donated his speaking fee to the Alaska Fund for Trout Unlimited. We continue to donate in John’s name.

Locally, the latest report from MBSTP and the hatchery at Kingfisher Flat in Swanton says, A setback due to water problems, a large portion of this years hatch of coho salmon were lost. Still about 35,000 fish will be transferred to our hatchery from the Warm Springs hatchery in the Russian River district. The hatchery is going to com through this all, even though it did not capture any steelhead this season as the rains did not allow any operation to exist.  I will let the club members know when there is a call for volunteers to help carry buckets of fish to release in the Scott Creek watershed.

Local supervisors are agreeing on taking action to clean up illegal camps along the San Lorenzo River. Fishermen especially  see the problem close up, it’s disgusting and painful to realize there is such disregard for beauty in nature. As a former information/referral operator at SWITCHBOARD 426-LIFE (1970-75) or until Governor Reagan took office, we existed on a bare bone budget from the State of CA.  I personally know the homeless problem began as soon as the mental hospitals were closed and inmates put on the streets.  Vietnam Vets suffering severe PTSD were 70% we had walk in the office daily, all we could do was show where the bridges were located to sleep. If we can’t offer a real mental health solution, the issue will not change no matter how much money is diverted.  We have to get the schools involved. Children are the best to grow a new generation who care about the environment.    Fish-On Everyone, Best to all,