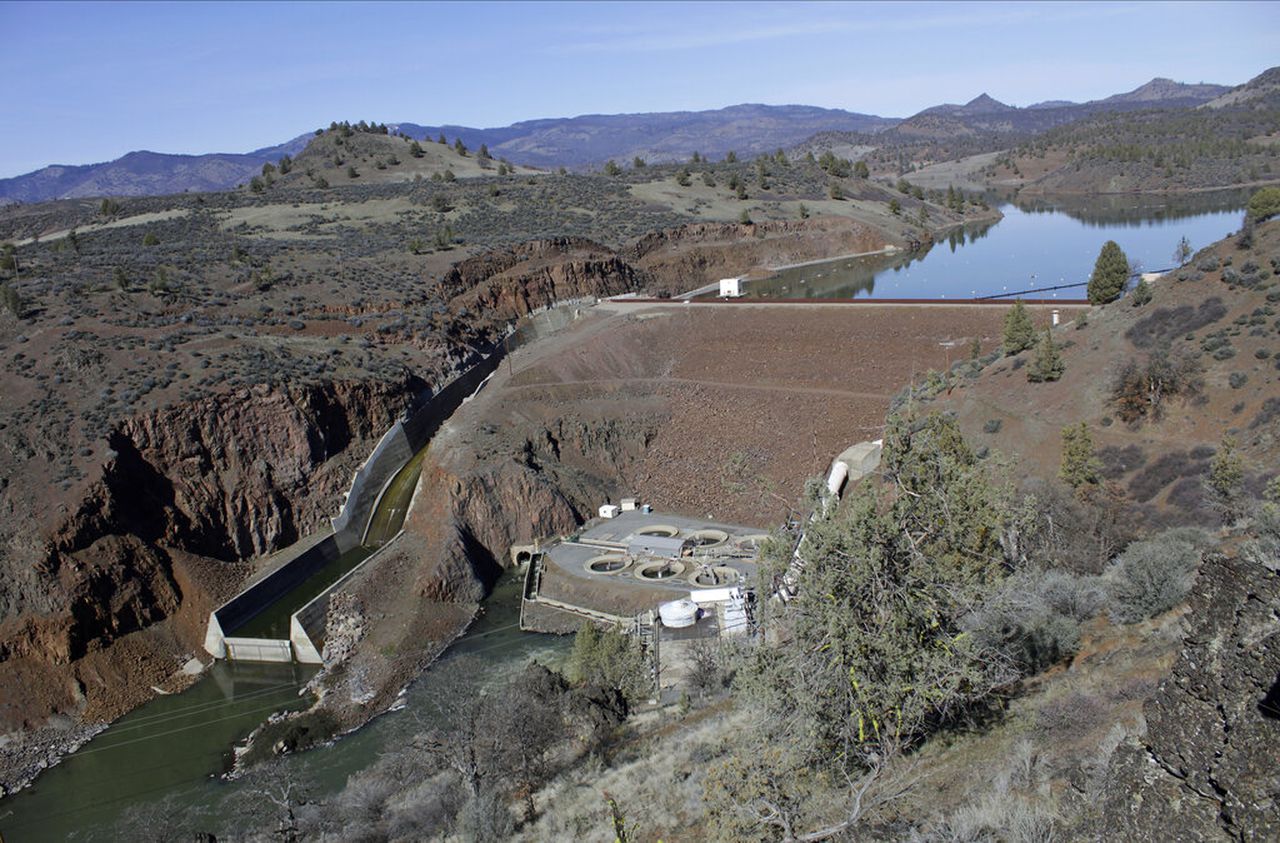 As fly fishermen/women and conservationists, what comes to mind when we think of dams?  We all, to some degree have learned about the harmful effects they can have on fish. I found this statement on the americanrivers.org website that captures the negative impact of dams on the environment:
“Few things have such a fundamental impact on a river as a dam. Dams block the movement of fish and other aquatic species, inundate river habitat, impair water quality, and alter the flow regime necessary to sustain river life. As dams age and decay, they can also become public safety hazards, presenting a failure risk and a dangerous nuisance.”
One important example of dam removal is the long debated plan to remove four dams on the lower Klamath river in California and Oregon. This $450 million project—if it comes to fruition—will be the largest of its kind in US history. Oregon, California and the utility PacifiCorp, which operates the hydroelectric dams and is owned by billionaire Warren Buffett’s company Berkshire Hathaway, will each provide one-third of the additional funds. The current plan calls for the dams to be removed by 2024.
If completed, the decimated Chinook and Coho salmon as well as steelhead populations are expected to increase their numbers significantly.