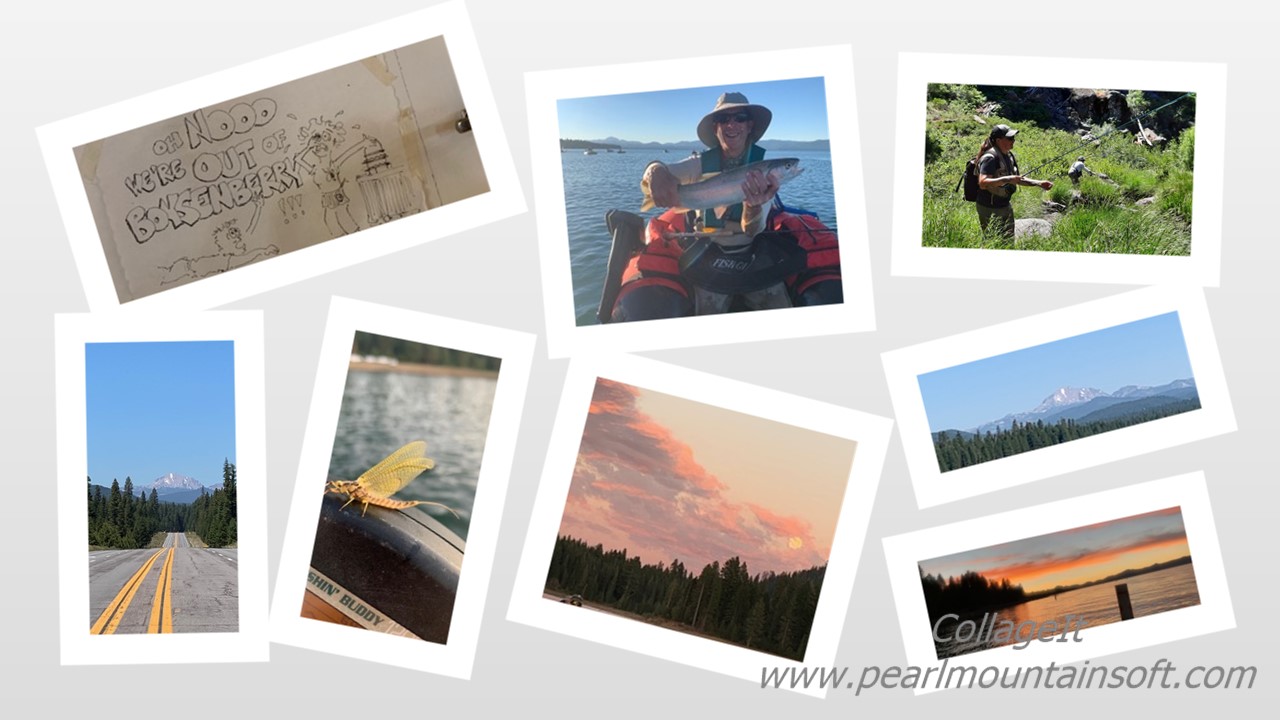 Went to Lake Almanor for the first time to try out the Hex hatch with club members Bob G, Cecilia  and Darla.   Sharing the ride makes the time go faster and the trip cheaper.  Took a lesson from Tim Loomis the first evening who really helped to understand how to fish the lake and where to fish.   Others that were up  at the lake during the hatch included Kevin M, Yog, and John D.   Picture is Bob G with one of two nice trout he caught during the hatch.  The others in our group didn’t fare as well.

As of late July, the Dixie fire continues to spread and the west shore of Lake Almanor where we stayed have been evacuated.  Let’s hope that the fire gets contained, the people are safe, and we can fish the Hex hatch there for years to come.