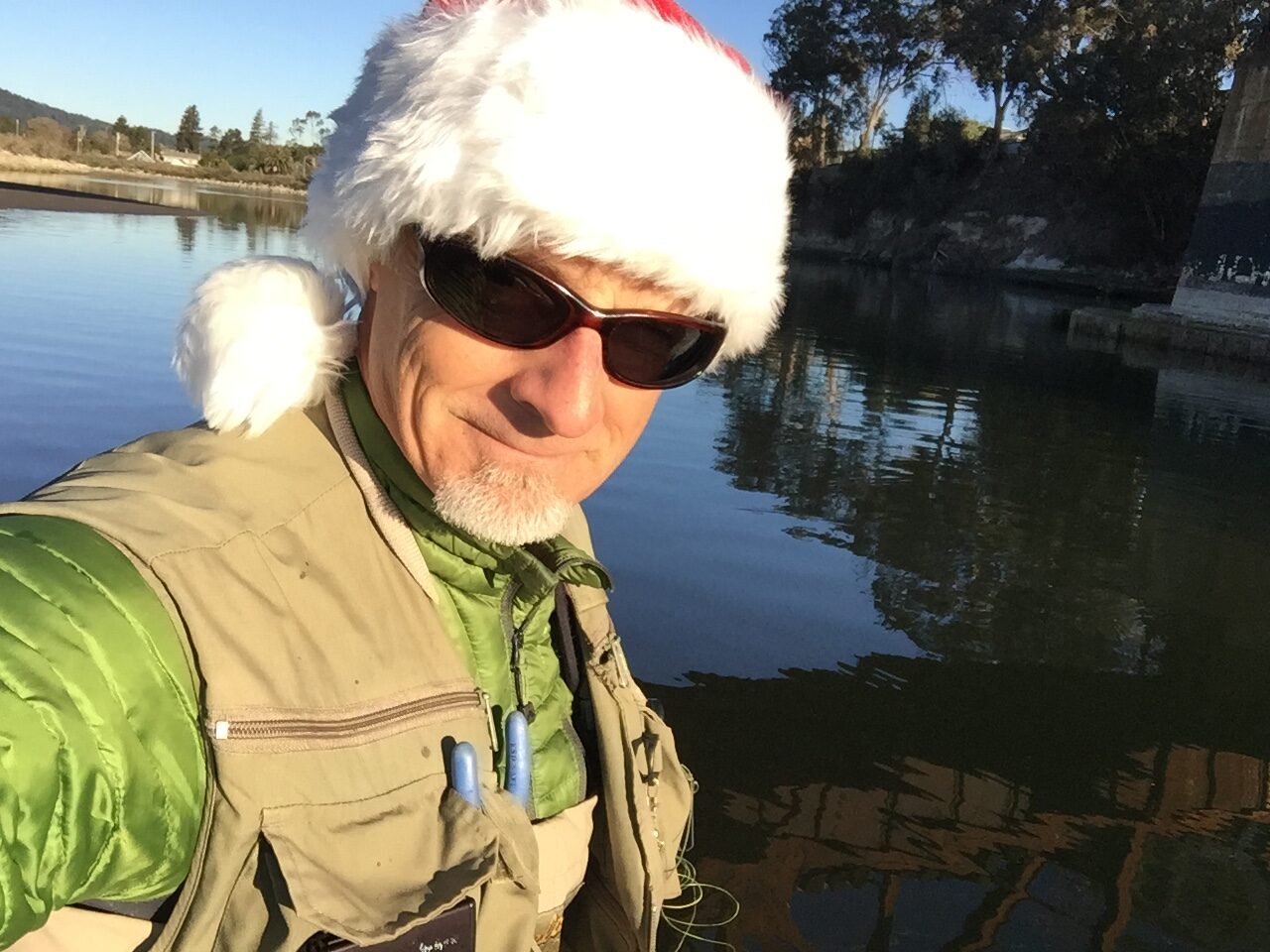 Happy Holidays!   Know what that means?

Excuses to buy your friends and family, fly-fishing stuff and accidently order a few extras- for yourself!    Hide them in your stocking, under the tree – address them from yer significant other, your 3-year-old son or daughter, or someone from work.   Act really surprised!!

While I’ve been fly-fishing for some 30 years now, I’m always impressed by the new things I see out in the market that I just must have.   In fact, I’ve seen examples so many times during the year, I realize now that I actually need them.   Yes, need.

While you’re all reading this flush with Thanksgiving turkey, stuffing, deserts you’ve waited all year to have, and an overdose of football games, some of us are watching the weather reports every night, looking for that next rain, the rainy season, steelhead.

Some of us will be down in the estuary come the 1st of December, if for no other reason than an opportunity to practice casting our Spey rods and lines on an actual body of water we don’t have to drive 3 hours to.

Did you ever wonder why the San Lorenzo was once known as the most famous steelhead river in all of norther California?    I did.   And while it isn’t really documented, where else can you fish over 11 miles of river, with virtually easy access, and where every three miles along a stretch of Steelhead water, there is a bar, or several, and a place to eat!

True – It is noted that anglers used to come from far and wide, with their partners, mistresses, …, and ply the waters of the San Lorenzo all weekend, fishing, drinking, eating, shopping.   And, back in the day when there were A LOT of anglers, and a lot of fish with which to angle.

Opening day on the San Lorenzo used to be covered every year for decades, in the Sentinel, and in the Mercury News, a number of those years with write-ups from our very own Jeff Goyert, who wrote that column in the Sentinel.

Anglers of all kinds rushed- and I do mean rushed, to their spots along the estuary and well into the canyons of the mountains, to ply for their wary catch.   All the fly-anglers on the boardwalk side of the river, almost elbow to elbow – just wide enough apart to give way to the necessary double haul while waste deep in a changing tide.   Most of them there well before first light.     Ed Marcillac and a few others must smart enough to use their dinghy’s – even guys like the infamous Hal Jansen, all comfy out of the water, with coffee thermos, casting classic Steelhead wooly buggers, Comet, Boss, Green Butt Skunks.   Hardware and bait anglers clinging to their spots along the cliffs and high banks on the other side.    You’d be hard pressed to be there for fifteen minutes before someone was hooking up and others were politely reeling in to give way.    It was magical, and it was chaotic.

I suppose I kind of like that most of us can head out to the river these days and find it busy if we spot three other anglers within 200 yards along the estuary.    But almost no one is walking along the bridge, or the cliffs, siting schools for those of us already in the water.   Oh, the fish are there, on occasion, but not like the old days.    I haven’t seen it yet, but I’m told the movie, Rivers of the Lost Coast, contains footage from the early San Lorenzo days.    There is one clip also on YouTube, sometime in the late 60’s I’d guess, where the river was covered with anglers.   But today?  While there may not be as many fish, I do like the peace one can find when plying the waters with whatever might be of our liking that morning, almost completely unencumbered by another angler – unless you invited them along.

Yes, I wish those big numbers of Steelhead, and Coho, were returning to the San Lorenzo again, but I also recognize that this might also bring forth the throngs of anglers, of which I’m not so sure the river could handle anymore.   Why with what people are posting on social media these days, anglers are having to doctor up background images and speak in tongues to keep people from finding where they caught the fish, and thereby descend in droves on that hallowed water you thought you owned.

I’m looking forward to the chance to fish the San Lorenzo this year.   Many of you have heard from me, that it’s also about raising awareness – yes, there are fish in this river, big ones, and it’s the reason we need to take care of it now more than ever.

It’s a rare gift to be able to fish a river so close to one’s home, not to mention several of them, that were once great Steelhead, Coho, and even Chinook, fisheries.    The fish are few and far between anymore.   The river, deprived of it’s nutrients and wholesomeness by a city that is destined to destroy the river because of it’s insatiable want for growth.   Who knows, maybe a mayor who serves a term of 4 years now, can perhaps, help us make a difference, stop the growth, and give more water back to the San Lorenzo in the critical times of the year.

Hopeless romantic.  That’s what I’ve been called.   Someone has to fight the good fight, raise awareness, love the river for the health it deserves, and be the bad guy for saying stop the growth.

The City would love to see us river stewards go away, move on, die.    But if we keep sharing and pressing for what is good and right, for the fish – for the river, for the health of the entire eco-system along all our Pacific Coast waters, there will be more river stewards and hopefully change, for the fish and everything that surrounds, lives amongst and thrives, with the fish.