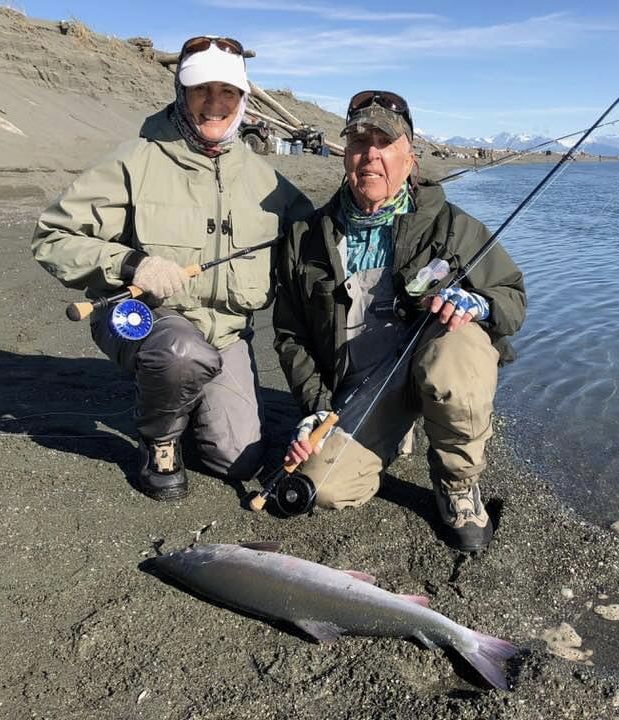 All of us have wonderful stories about John, the times we spent with him and the gifts he shared with us. I too have a rod that he built, Fly tying tools he crafted, works of art he created, flies that he tied. I will think of him warmly whenever I use or see something he’s created.

There is one gift, above all else, that I think John should be remembered by. John constantly exemplified, by thought, word, and deed what it truly means to be a gentleman. He was truly a gentle man.

There was no place in his world for the toxic masculinity that has become so pervasive in today’s world. John didn’t trade in gossip. He spoke ill of no one. He encouraged always. He offered advice when it was sought, not just to hear his own voice being brilliant.

John lived a life of service, from his younger days as a pharmacist, to his later years as a sportsman extraordinaire. John served on our board as a president. For years he and Pat opened up their home to us to use as a meeting place for our board of directors. He spent countless hours searching for deals on fishing tackle for our annual raffle. Day after day he worked to create works of art for our silent auction. How many of us are better anglers because he worked with us on our double haul or steeple cast. His flies, which we enthusiastically threw at fish, were themselves works of art. I know I have some of them framed, but I’m pretty sure John would say “fish em” if he could.

I mentioned that he was a gifted sportsman. He was skilled in all aspects of pursuing whatever game he was after, and yet I never heard him boast or exaggerate. If he said he caught a five pound trout, you were sure it was within ounces of 5 pounds. If he said he caught it on 7x tippet and a size 20 baetis, and cast 40 feet into a strong headwind, you could take that to the bank. He was self-deprecating, and preferred to let others laud his exploits.

In an age when many think it comical to commiserate about how unreasonable a spouse or significant other could be, John never disrespected his Pat. It was obvious she was his highest priority, and he always treated her thusly.

I can’t speak for our whole assembly, but for myself, I never saw John lose his temper. I don’t think I ever even saw him angry. Or intoxicated. Calm, composed, compassionate. That’s how I remember John.

I count myself lucky, to be a member of this club, to have been able to associate myself with men and women like John & Pat. There is, after all, a reason we renamed the Dame Julianna award after John. He has impacted each and every one of us, in a positive way.

That was John’s greatest gift. To make us want to be more like him.