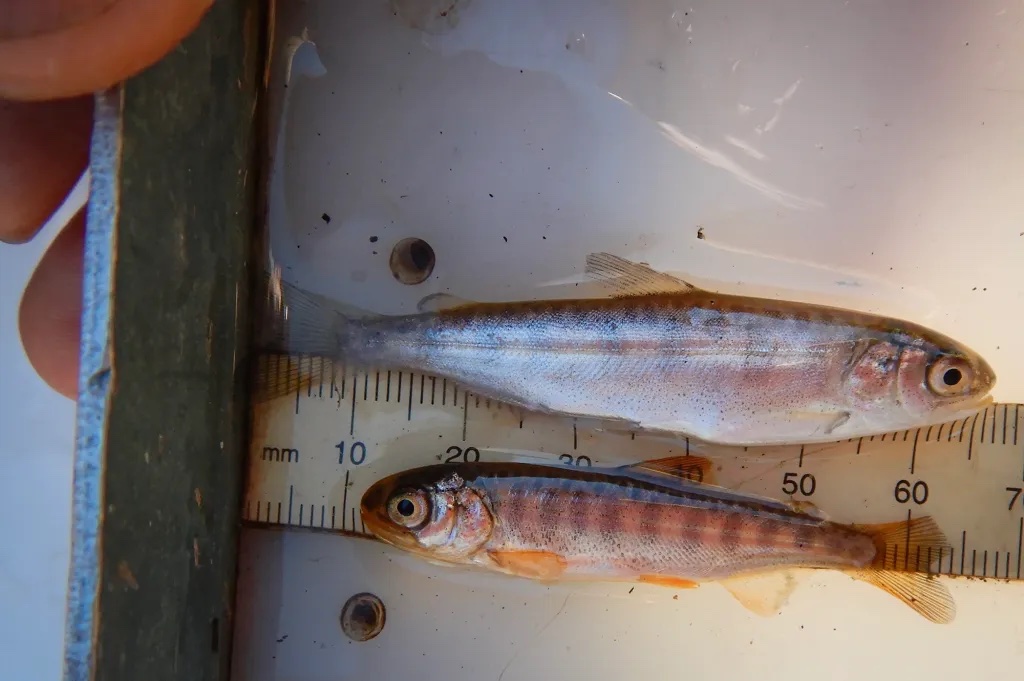 Back in the 1940s, Shasta and Keswick Dams were constructed to achieve a number of objectives, including water storage and generating hydroelectric power.  However,  through an apparent lack of foresight, the welfare of wild fish spawning habitat wasn’t given priority.  Perhaps it was thought that the stretch of the Sacramento River below the Dams would provide sufficient spawning and rearing habitat for Chinook (King) salmon.  Prior to the construction of these dams, Chinook salmon had access to the McCloud river for spawning.  As a direct result of the dam construction, the Chinook runs have declined.  In 1994 these winter run salmon were federally listed as endangered.  In recent years, the fish counts have further diminished with severe drought and excessive warm water conditions.  Peter Moyle, a fish biologist at UC Davis who has studied Central Valley fish since the 1970s stated “The winter run is headed for extinction, no question, if we don’t develop an artificial system for keeping it going,”

In response, federal and state agencies embarked on an effort to transport adult chinook from the base of Keswick Dam to Battle Creek, about 50 miles southeast where the water is more consistently cool and clear and the fish can move upstream and back out to the ocean.  In addition, about 40,000 Chinook eggs were transported from a hatchery by truck and helicopter above Shasta Dam to the McCloud River.  As the McCloud river fish migrated back downstream,  the surviving smolt were captured and transported down below Keswick Dam to enable them to move down the Sacramento River.   For more information and insight on this interesting effort to prevent these amazing fish from disappearing from this watershed, go to:  https://www.pressdemocrat.com/article/news/saving-salmon-chinook-return-to-californias-far-north-with-a-lot-of-hum/