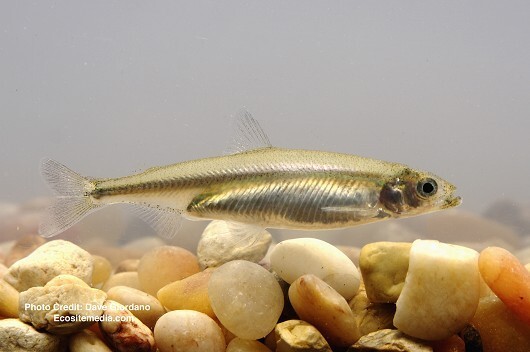 Over period of seven years, surveys in the Delta Estuary have found zero Delta smelt during the month of September. Data is recorded every year from September through December. The last month and Delta smelt (2 fish) were caught was October 2017. See https://www.dfg.ca.gov/delta/data/fmwt/indices.asp
In order to ward off extinction of Delta smelt, UC Davis has raising them in a captive breeding program. Beginning late last year and continuing early 2022, the hatchery fish were released into the delta as part of an experiment.
Along with the Delta smelt, populations of longfin smelt, striped bass, American shad, threadfin shad and splittail have all declined catastrophically coinciding when the State Water Project went into operation in 1967. Other factors contributing to the decline are toxic chemicals, decreasing water quality and invasive species.
For more information, go to https://www.dailykos.com/stories/2022/11/3/2133402/-Breaking-Zero-Delta-smelt-found-in-Midwater-Trawl-Survey-for-seventh-September-in-a-row?utm_campaign=recent