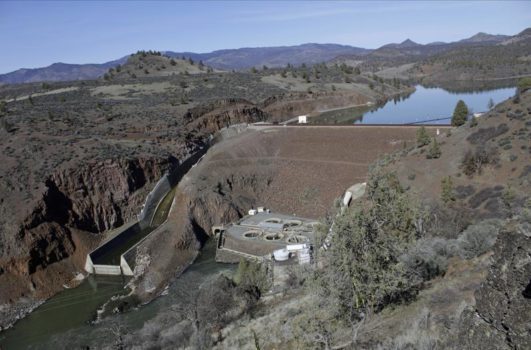 The Klamath River was once the third most productive salmon & steelhead river in the lower 48, but more than 100 years ago four dams were built on it that blocked 250+ miles of spawning & rearing habitat. The license to operate those dams has now been transferred from PacifiCorp, a subsidiary of Berkshire-Hathaway, to the Klamath River Renewal Corporation (KRRC) and the states of Oregon & California.

The license will transfer solely to KRRC later in 2021, and dam removal work will begin in the summer of 2022. The Kiewit Corporation will start decommissioning in January 2023, with all four dams removed by Fall 2023. Resource Environmental Solutions will implement & monitor restoration work after removal.

The Northern California Council of Fly Fishers International participated in early Klamath discussions in 2003; in 2004 Tribes, State & Federal agencies and other NGO parties joined the formal negotiations that will culminate in new spawning & rearing habitat and a healthy river.