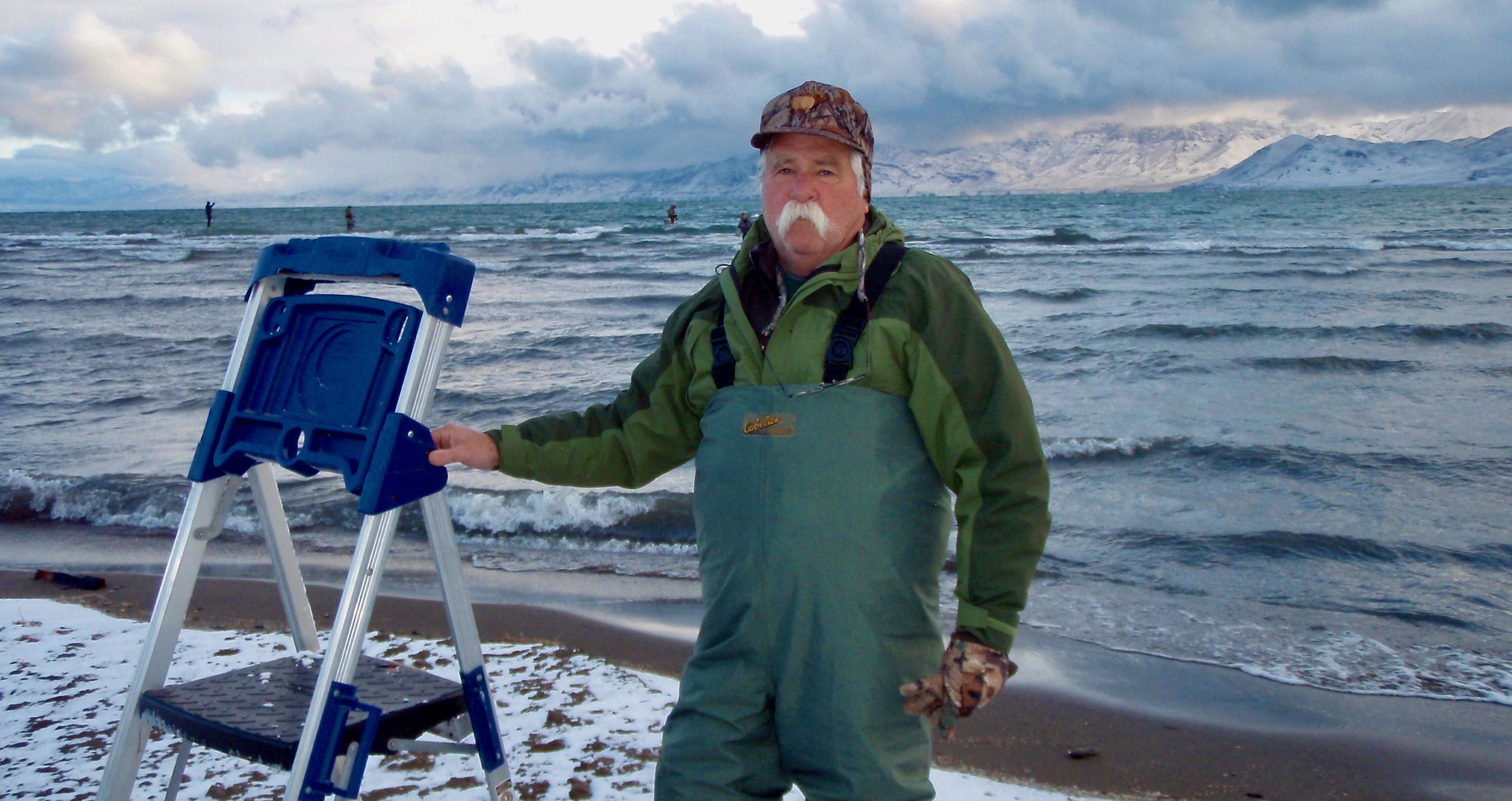 Matt and I met at Pyramid Lake trailer #7 ‘the Animal House’. He shared a room with his good buddy Dougald Scott, (the Snoring chamber) would shake as a wall separating the bathroom was pretty thin. The mornings Matt liked making cheese on toasted bread in the oven, and the coffee pot was set to go off early before first light.  Even at that time of day did not distract his natural smile and great humor.

We would fish nearby at Blockhouse beach waiting for that plastic ball to go under. Matt landed some fine fish and we all helped net them, I think of that place like the ‘senior citizens hole’. Good banter and when the fishing was hot…well it never got that hot.

Matt brought me eggs from his hens at home and his elk stews and venison dishes in years when the elk eluded him was always our group meal the first night after fishing.  Wine and storytelling into the evening was fun and I enjoyed his sharp mind and humor and will miss him this year at the lake.   See you on the other side of the veil, – Stosh

Our club lost a colorful member and good friend in February. Matt Murphy had been an SCFF member since 2008. He was easily recognized by his massive white mustache and jovial presence. At our annual dinners, he was known for buying massive numbers of raffle tickets with high hopes of a new float tube or fly rod, and then accepting his final winnings of a calendar or hat with good humor.
At Pyramid Lake fishouts, Matt was a fixture in Trailer 7, aka the “Animal House.” Cabin mates always looked forward to his wild-game dinners, especially his elk stew. He thoroughly enjoyed the camaraderie of all of the club members, especially at fishouts.
Matt had many stories to share from his rich life experiences. His early years were spent in Afghanistan, Hawaii, and Samoa. In Afghanistan, he expanded his love for the outdoors and spent most of his time hunting much needed wild game for the family’s table. For many years after high school in Davis, he was a white water guide on numerous rivers throughout the west. Later on he became a master craftsman and contractor building many fine houses.
Matt will be sorely missed, especially at the Pyramid Lake Fishouts.