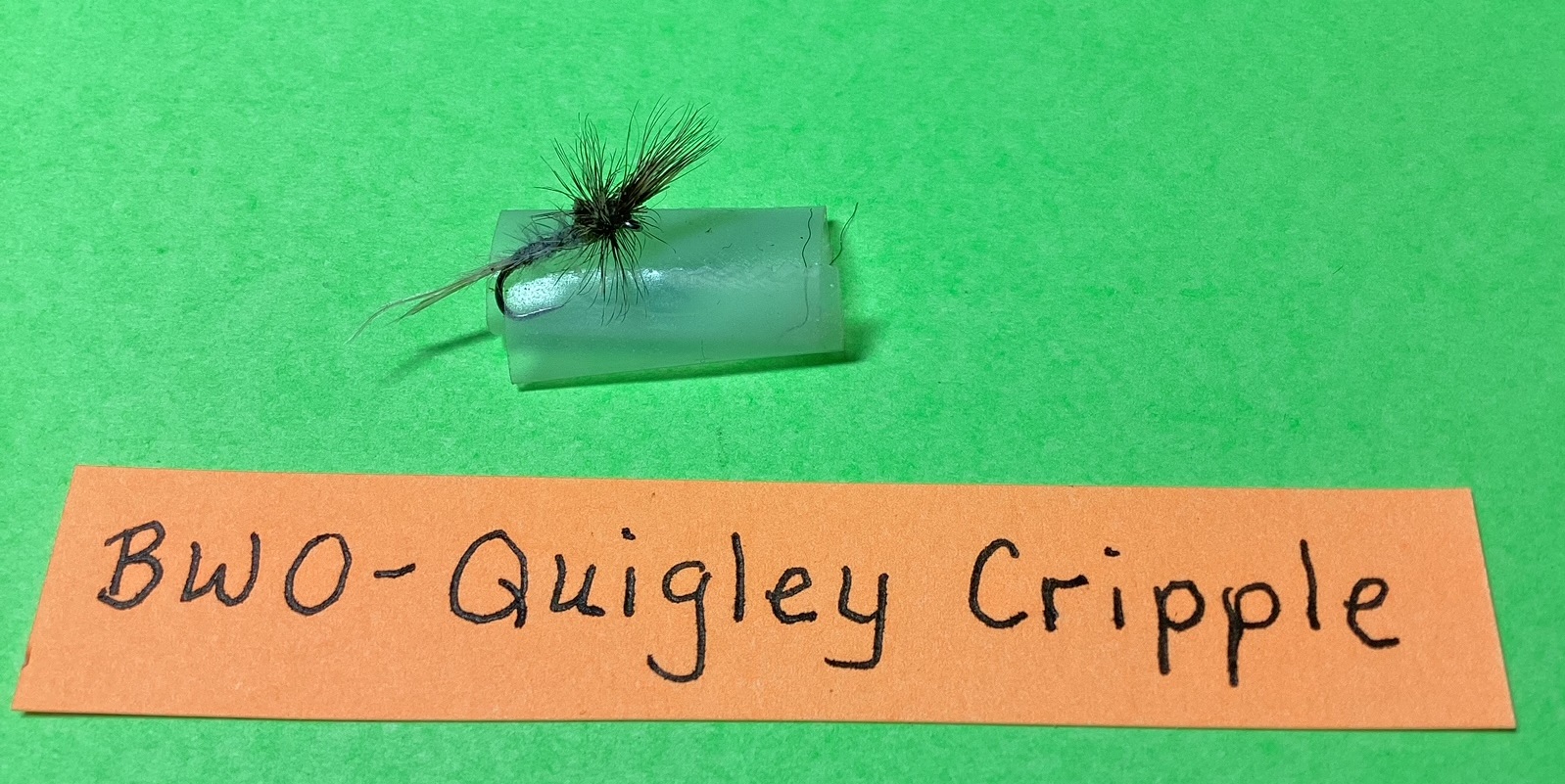 The Quigley represents an merging mayfly that is stressed in an unusual manner to make the rear of the fly hang down in the water and the thorax and wing out of the water. Apply saliva to the body tail, then floatant to the wing and hackle. During a hatch fish tend to be more eager to take an emerger than a dun because they are not ready to fly off.
HOOK: TMC 100, sizes 14 16 18.
THREAD:  Gray 8/0 or 12/0(preferred).
TAIL and BODY: Gray marabou (fluffy)
THORAX: Dark Olive Debbie.
WING: Deer hair with narrow fibers
HACKLE: Grizzly

Fly of the Month
Table of Contents – February Newsletter